Norway’s KARISMA RECORDS have announced the signing of the Prog Rock band SEVEN IMPALE. The first release from the band will be a five-track digital EP entitled “Beginning/Relieve” which will appear in February 2013. The title track from “Beginning/Relieve” has been debuted on the label’s SoundCloud page and can be heard at http://soundcloud.com/karisma-records/seven-impale-begining-relieve 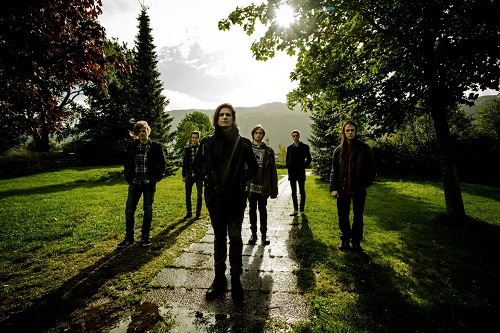 SEVEN IMPALE was formed in Bergen, Norway, in 2010 and the six-man, relatively young lineup consists of Stian Økland on vocals and guitars, Fredrik Mekki Widerøe on drums, Benjamin Mekki Widerøe on sax, Tormod Fosso on bass, Erlend Vottvik Olsen on guitar and Håkon Vinje on keyboards. With all the members coming from a range of disciplines including classical orchestra, big band, metal, jazz, rock and electronic music, recording the EP has been a long process for the band, as they have sought to combine all their experiences and influences and refine them into a unique, mesmerizing and exciting sound.

SEVEN IMPALE will enter the Duper Studio in Bergen in early 2013 to begin recording their debut full-length album with Iver Sandøy who produced KRAKOW’s “diin” and co-produced ENSLAVED’s “Riitiir”. More information about the band can be found at https://www.facebook.com/sevenimpale