Metal Mind Productions is proud to present exclusive re-releases of three albums by the heavy metal band Killers, led by Iron Maiden’s ex-vocalist – Paul Di’Anno. Coming together in 1991, Killers was one of the first metal super groups to exist. Featuring members of Iron Maiden, Tank, Raven, and Battlezone, they were hailed by the press as the “Natural successor to Judas Priest”.

“South American Assault”, “Murder One” and “Menace To Society” will be available in new digipak remastered editions with bonus tracks! The release date is set to November, 11th in Europe and December, 3rd in USA!

The re-release of Killer’s back-catalogue has encouraged musicians to start working on a new studio album. Paul Di’Anno comments: “I’m very excited about the Killers reissues and can’t wait to get started on new material for the next studio album. It’s great to be working under the Killers name again. Real British heavy fucking metal. The Beast is back to get ya! Killers have risen from the dead. New life, New line up, New album – “The Lazarus Syndrome” – 2014.Working with Metal Mind has given us the freedom to continue to make the music we believe in and we look forward to a long working relationship with one of the best rock labels in the world.” Cliff Evans adds: “We’ve been searching for the right label to release the Killers back catalogue for some time. Metal Mind is one of the best metal labels in the world and we know they’re going to do a great job to help re-establish Killers as one of Britain’s finest metal bands”.

You can now see a short clip promoting the re-issues. It’s available on the official Metal Mind Productions’ channel on YouTube in THIS location. 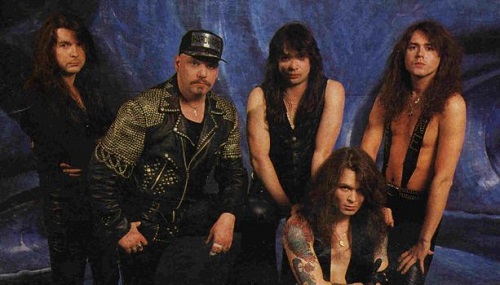 In the summer of 1991 Paul Di’Anno, Cliff Evans and Steve Hopgood were talking about forming a new metal super group that would bring back the classic style of British metal that seemed to be disappearing from the music scene. Being former members of such metal legends as Iron Maiden, Tank and Battlezone, the guys knew they had the credentials to put together a great band that could do justice to the music they worshipped. To complete the line-up, John Gallagher of Raven was brought in to supply the bass and the only American member Ray Detone, formerly of successful AOR band Drive She Said, was introduced to the line-up on second guitar. With a wealth of experience between them the band quickly gelled together on stage and injected new life into classic Iron Maiden anthems and a selection of other metal favourites. The final result was released on a live album “South American Accault”. Di’Anno delivers here a spine chilling performance which makes this live album an essential listening for any rock fan. Originally released in 1994, until now this album has been difficult for metal fans to find! Soon after the release of the live album, Gallagher returned to front his own band Raven and Detone decided to move on. Killers replaced them with Gavin Cooper (bass) and Nick Burr (guitar). Arne Goodman, their US’ manager, arranged showcases for all the major record labels and after a bidding war Killers signed a $250,000 deal with BMG. Producer Rob Fraboni was brought in to help make their debut studio album and the band moved into The Powerstation Studios in New York to start recording. The result was “Murder One”. Acclaimed by the press worldwide, the album became a classic for lovers of British metal. For the following 18 months Killers toured extensively taking in Japan, Europe and coast to coast across the U.S.A. After the great response to the album and constant touring, the band returned to the UK to start working on the follow up studio album. Unfortunately, Di’Anno had decided to stay in Los Angeles for a short break. While there, he managed to get himself arrested for drugs and firearms offense and was sentenced to 3 months in Los Angeles county jail. Not to be deterred by this, the band continued to write new material and sent cassette tapes to jail so Paul could work on lyrics. When released from prison, he was deported back to the UK and the band entered the studio to record the sophomore studio album “Menace to Society”. The songs were much more aggressive than before and were clearly influenced by his time behind bars. The album was awarded ‘Best New Album’ in German Metal Hammer magazine.

These 3 re-releases contain some of the finest British metal with spine chilling vocal performances by a true legend who still commands great respect from metal fans, young and old, around the world. 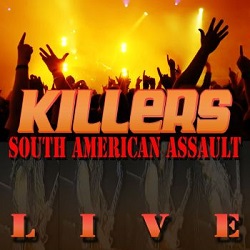 1. Overloaded
2. Murders in the Rue Morgue
3. Wrathchild
4. Remember Tomorrow
5. Children of Madness
6. Phantom of the Opera
7. Metal Tears
8. Strange World
9. Sanctuary
10. Running Free
11. The Promise
12. We Will Rock You/Smoke on the Water 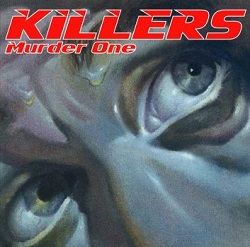 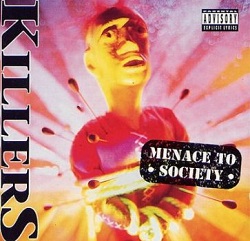