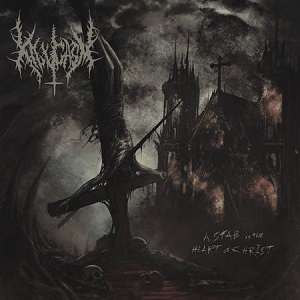 A statement from KILLGASM reads: “Moribund Cult has been one of our favorite labels for well over a decade now, and we are honored to have our upcoming releases be under same banner that has released such influential bands as Grand Belial’s Key, Archgoat, Judas Iscariot, Sargeist, Arghoslent, Craft, Leviathan, Arckanum, Fornicator, Drawn and Quartered, Bahimiron, Thy Infernal, Meat Shits, Satan’s Host, Azaghal, Dodsferd, Xasthur, Horna, Old Wainds, Nocturnal Fear, Behexen, and Winter of Apokalypse among countless others! From the very inception of this project, we felt Moribund would be the ideal label for us, as they do not in any way censor their artists and no subject matter is taboo for them. And above all else, Moribund Cult is notorious for releasing only the most evil, hateful, disgusting and perverted black metal and filth grind, which are the very aesthetics this band was built upon.”