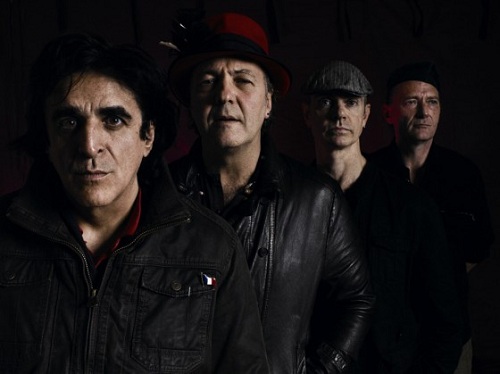 KILLING JOKE will celebrate their 35th anniversary in style next year with the release of The Singles Collection 1979-2012 and a world tour set to commence in Europe this coming March. 2013 will also see the band release a new studio album!

With a fierce intelligence combined with a thirst for esoteric knowledge that matches a sound  that is visceral and almost spiritual in its primal spirit, KILLING JOKE are like no other.  This is a group spawned from punk rock that set out on one of the most remarkable and idiosyncratic journeys ever. Their influence has been enormous, with an unlikely roll-call of musicians taking their cues from the KJ catalog, from Nirvana to most modern American metal to many DJs and dance music mavericks. Few, however have come close to matching the band’s innate power.

The Singles Collection 1979-2012, set for release via Spinefarm/Universal on April 16, 2013, captures their ever-evolving story with a series of dark, apocalyptic songs that have successfully combined disco, funk and shamanic wisdom with the dark side of the punk fall-out. The Singles Collection 1979-2012 will be released in three formats: as a digital download, a limited edition 3-CD set and a super deluxe edition. 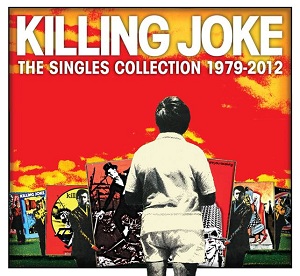 – 33 career-spanning singles over 2 CDs + a third disc of rarities, including previously unreleased studio tracks. This 3-CD version will be limited in number, reverting to 2 CDs containing the singles tracks. To preorder, go HERE.

KILLING JOKE, with their original line-up of Jaz Coleman, Geordie, Youth and Big Paul continuing to hold firm, have signed a brand new deal with Spinefarm and will soon set about recording a third studio album for the label. The release date of this new studio album is likely to be late 2013.