Energetic Industrial/Metal/Rock four pieced combo KILLUS are right now immersed in the crating process of their new album of studio, which will be released in the first half of 2013. For the moment the band is going to be included in the Marylin Manson’s tribute, entitled “Sampled and Souless” (which will be released in february 2013 through Engraved Ritual), performing a cover of the track “Get your gunn”. Click on the player below to listen an exclusive advance:

The band will also start the tour presenting their latest and current album of studio“Never Something Was So Real”: 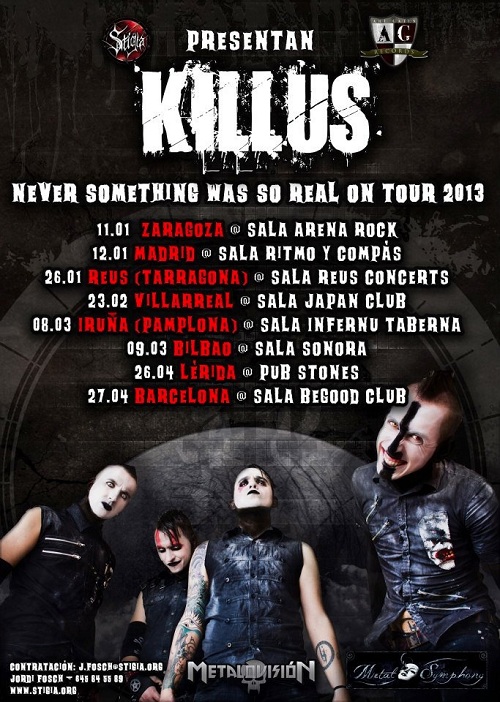 Never Something Was So Real On Tour 2013: