“On the album cover, our band mascot Vaari represents Väinämöinen, who is one of the main characters in the Finnish national epic Kalevala. As most of the lyrics on “Manala” are based on the Kalevala, Jan Yrlund decided to draw his inspiration for the cover artwork from the beautiful but yet brutal depiction of the underworld in Finnish mythology.”

The limited Digipak edition of “Manala” will come to you with a bonus CD, including the whole album with English lyrics. The track list looks as follows: 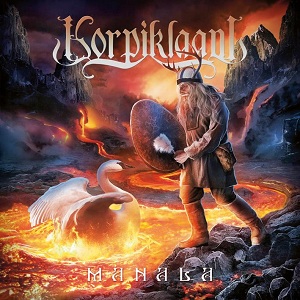 Get your head torches out – on the 3rd of August 2012 we’ll set forth for the underworld!