With their sophomore album “diin”due for release on Dark Essence Records on the 14th September, Norwegian post-rockers KRAKOW have revealed the track listing for the album and have, at the same time, released a “teaser” video offering a taster of all nine tracks. Cover art for “diin” is by Thomas Hooper, the renowned Brooklyn-based American tattoo artist, painter and designer. The video teaser can be seen at http://www.youtube.com/watch?v=7kU00Vv7n7A. 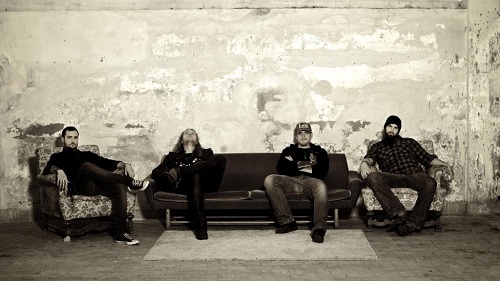 Formed in 2005 by Frode Kilvik , Kjartan Grønhaug and René Misje the line up for the album includes Misje on guitars and vocals, Kilvik on bass and vocals, Grønhaug on guitars, and Cato Olaison on drums. Additional drums on some of the tracks are by Iver Sandøy, whilst Grutle Kjellson (ENSLAVED, TRINACRIA) makes a guest appearance on vocals and has this to say about his collaboration: “It was a great honour for me when KRAKOW asked me to do some guest vocals for them. From not being that much more than “thirteenth out of a dozen” bands only a few years back, they have grown to be one of the most interesting new bands in the whole metal scene! Hard work, desire to make great music, and the fact that they don’t give a shit about “genre rules” and such, have made them the Avantgarde metal monster they are today. These guys are no copycats, they are the real deal! Watch out for Krakow!” 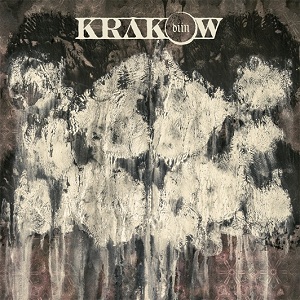 Track listing for “diin” as follows:

KRAKOW, whose sound ranges from dark and evocative to fast and aggressive, recently announced the addition of KAMPFAR and MONDVOLLAND drummer Ask Ty Arctander to their line up. More information about KRAKOW can be found on the band’s website at http://www.krakowofficial.com/

The video teaser for “diin” can be found at http://www.youtube.com/watch?v=7kU00Vv7n7A