“‘Unspoken’ is about frustration. Frustration of being a young guy who lives in this global crisis period, with the will to do something, to be realized and to prove his worth, and that is instead entangled in a world that negates him this chance. There’s no work, global economy is falling, corruption and injustice are everywhere, there’s not enough space for those who would just like to act and build. It’s not fair that fathers feels like losers even if they work hard because the cannot look after those whom they care.” 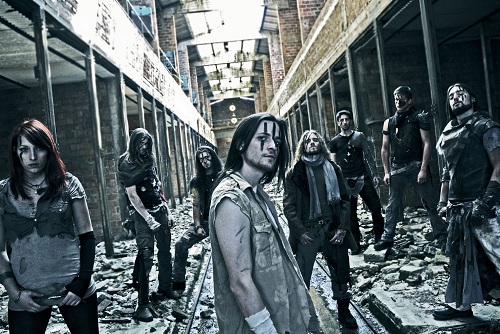 The debut album „Survival of the Fittest“ will be out on August 24 via NoiseArt Records. KRAMPUS will embark on the so-called HEIDENFEST tour throughout Europe in October/November alongside WINTERSUN, KORPIKLAANI, VARG and TROLLFEST.