KRUK, a Polish Hard Rock band, is currently in the studio working on the material for their new release. The third, as yet untitled, album is scheduled for release in Autumn.

The new material will be produced by Marcin Kindla, previously associated with Polish pop scene. “The material on which we are currently working is undoubtedly still rock music. However, we do feel a great urge to write it in a slightly different way than it was with our two previous albums.” says Piotr Brzychcy, Kruk’s guitarist. “We are open to other genres of music and this time we are trying to make use of it. That’s why I am counting on Marcin Kindla who, despite being brought up on rock music, comes from a totally different music sphere. He has astonishing intuition and taste in what he is doing and, what is more important, he is open to crazy ideas. Of course there would be no fun if we didn’t prepare some special surprises, but let this remain our secret. And the truth is we still do not know what we will end up with at the end of the recordings” adds Brzychcy. 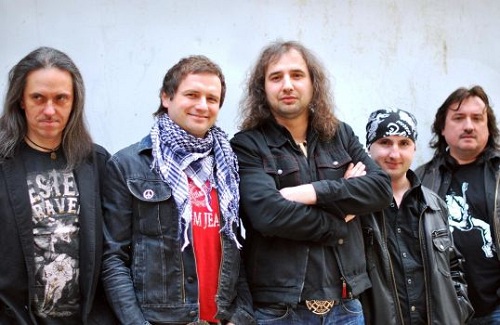 KRUK was formed in 2001 by Piotr Brzychcy and Krzysztof Walczyk. The band members were heavily inspired by Deep Purple, Led Zeppelin, Black Sabbath and Uriah Heep and it was these influences that shaped Kruk’s music, placing it within a classic rock framework. In 2006 Kruk recorded the album “Memories” with Grzegorz Kupczyk (Ceti’s & Turbo’s vocalist). The album was a tribute to the aforementioned bands. In the next years, Kruk followed their own path and managed to forge their own sound. Their proper debut album entitled “Before He’ll Kill You”, released in 2009, was well received both by media and by music fans. The year 2011 marked the release of their second studio album. Doogie White (ex. Rainbow, Yngwie Malmsteen, Tank) and Piotr Kupicha (Feel) made guest appearances on “It Will Not Come Back”. The album was available with a bonus live DVD featuring a 100-minute concert footage. “It Will Not Come Back” was enthusiastically reviewed both in Poland and overseas. Kruk supported such legends of rock as Deep Purple, Uriah Heep, Thin Lizzy, Whitesnake, Graham Bonnet, ex-singer from Rainbow, and Michael Schenker Group.