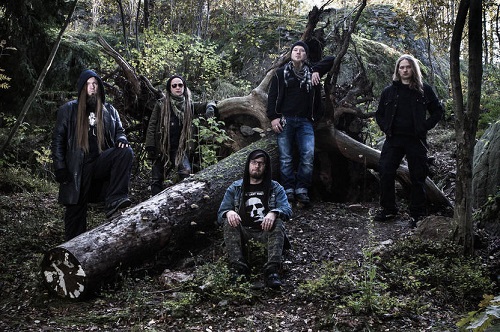 Finnish doom-death heavyweights KUOLEMANLAAKSO premiere the new track “Verihaaksi” at heavily trafficked tastemakers InvisibleOranges.com. The track hails from KUOLEMANLAAKSO‘s forthcoming second album,Tulijoutsen, set for international release on February 28th through SVART RECORDS. The highly acclaimed Finns’ most ambitious work to date, KUOLEMANLAAKSO‘s Tulijoutsen (“The Fire Swan”) explores unconquered grounds of heaviness and pushes the band into a new level of melancholy. The 50-minute magnum opus was inspired by the grandeur of the Finnish forests, serene eeriness of the lakes, and early 1900s poetry and folklore. Thus, it was only natural for the band to live the lyrics, so to speak, and isolate themselves in a secluded location in the middle of the woods and capture the true essence of the songs on hard disk. Here for yourself exclusively HERE. 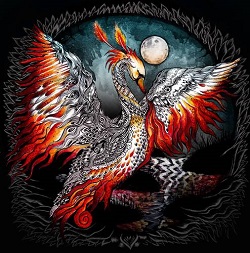 Musically, KUOLEMANLAAKSO have taken giant leaps in new territories on Tulijoutsen, but not forgetting the crushing heaviness and the love for the avant-garde, which define the KUOLEMANLAAKSO sound. Tulijoutsen is as versatile and epic as it gets, and it’s got more hooks than a slaughterhouse. The Musta aurinko nousee MCD/MLP, released in November 2013 by SVART RECORDS, gave a little taste of things to come, but that was just a preview. Compared to previous material, Tulijoutsen offers a fresh variety of vocal acrobatics, bigger choruses, catchier melodies, fuller arrangements, more courageous surprises in the arch of drama – you name it.

KUOLEMANLAAKSO‘s debut album, Uljas uusi maailma (2012), was almost entirely written by guitarist/keyboardist Laakso (Chaosweaver), whereas Tulijoutsen is much more of a band effort with other members providing an array of material, too. The Maldivian prodigy Maahy Abdul Muhsin (maahyart.com) provided the front cover paintings for both albums.

KUOLEMANLAAKSO was founded in 2010 in Kuopio, Finland. Uljas uusi maailma peaked at #6 on the Rumba Independent Record Store Chart and #42 on the Official Finnish Album Chart. In support of the debut, the band toured in Finland, hitting some of the biggest and most respected clubs in its native country, as well as performing to an electric crowd at the 2013 Tuska Open Air Festival.

Tulijoutsen will be released as a limited digipak CD with an exclusive bonus track (“Raadot raunioilla”), digital download, and limited vinyl editions.