UK doom cult LANDSKAP premiere the new track “A Nameless Fool” at Terrorizer.com. The track hails from the band’s forthcoming debut album, i, set for international release on May 16th via IRON BONEHEAD PRODUCTIONS. Although widely known for plumbing the filthiest excesses of the metal underground, IRON BONEHEAD is no stranger to doom. And now, the label unveils a towering, black-magickal tome of ultra-doom majesty: LANDSKAP‘s I. Hailing from the UK, the five-piece LANDSKAP is heavily influenced by late ’60s and early ’70s rock and early doom bands, and features members from bands such as SerpentCult / Thee Plague Of Gentlemen, Fen, Pantheist, Dead Existence, Father Sun, and Skaldic Curse. LANDSKAP was formed in 2012 when George Pan and Frederic Caure met in a London pub on a rainy day in November. Sharing a mutual passion for music, both soon started jamming with Paul Westwood on drums. The first six months were spent just jamming to “get the groove going.” In the summer of 2013, the band decided to write a few songs out of the jams, and were joined by Kostas Panagiotou on organ and keyboards and Jake Harding on vocals. The result is LANDSKAP’s debut album, simply titled I, a slowly entrancing, utterly bewitching work of true doom alchemists. Get entranced exclusively HERE. 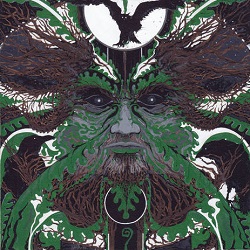 Tracklisting for LANDSKAP’s I
Side A, 1. A Nameless Fool
Side A, 2. My Cabin in the Woods
Side B, 3. Fallen So Far
Side B, 4. To Harvest the Storm