For nearly 15 years,  LAY DOWN ROTTEN has stood for energetic top-notch Death Metal. Their haunting live-shows at festivals like With Full Force, Rock Harz, Extremefest, Death Feast and Summer Breeze, and shows alongside the likes of Cannibal Corpse, Bolt Thrower and Aborted have always grabbed the audience by the balls.

Albums like Breeding Insanity (Remission Records), Gospel Of The Wretched (Metal Blade Records) and last year’s Mask Of Malice (Metal Blade Records) have been well-received within the whole scene and the press. Now, it is time for the first sign of life from the band via their new label-home Apostasy Records!

Deathspell Catharsis is the name of the new output which was once again produced by the band’s confidant Thilo Krieger in his Desert Inn Studio. The new album will definitely prove their status and the great artwork by Toshihiro Egewa (Cryptopsy, Defeated Sanity, Krisiun and many more) totally accompanies that impression. 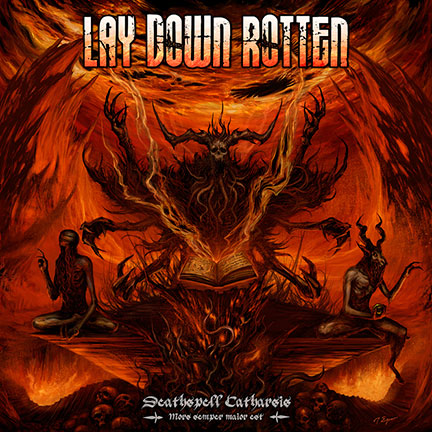 This bulldozer of an album will be released on January 24th 2014 in Germany, Austria and Switzerland, January 27th 2014 in the UK and the rest of Europe and on February 11th 2014 in North America. It will take no prisoners. 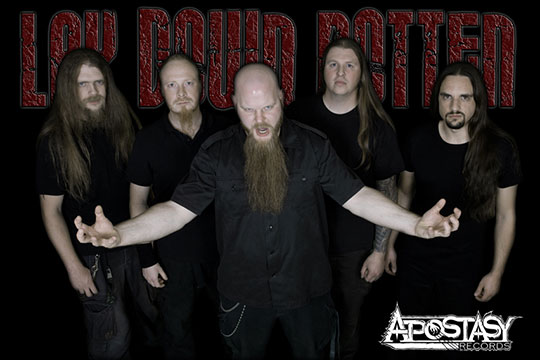