First of is a brand new mini album by the most dedicated Lithuanian black metal three-piece DISSIMULATION, vomiting yet higher pile of disgust towards pharisaic modern society, while facing its spiritual corruption with cold blood and creative determination.

Some still consider DISSIMULATION as just a mere devil and inverted crosses worshippers. HAH! If you are so shortsighted, new compositions of the band will help to look behind the symbolic facade. Of course, it was and still remains important, yet this is just a prelude, shell, circus introduction – the unknown, open for interpretations, is lurking behind.

For the end of the world the band have prepared the following tracks: 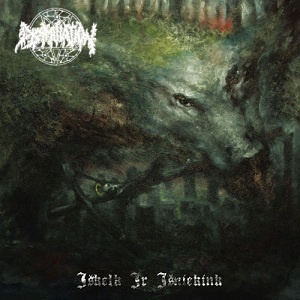 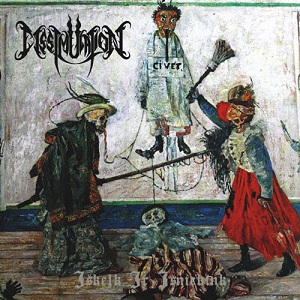 – digital download via virtual Ledo Takas bandcamp page – title track of the album is already available to stream and download, and the rest of the songs will be made public until the official release date.

And then Ledo Takas is throwing another ace of Lithuanian metal on the devilish day of June 6th: long over due re-issue of early demos by celebrated pagan metal horde, OBTEST. Back in 1995OBTEST were just mere beginners, burning ardently with the second wave of Scandinavian black metal, yet their flames soon ignited a real fire that has eventually put the band on the map of worldwide extreme metal. Both “Prieš Audrą” and “Oldness Comming” recordings are sheer examples of ecstatic warlike dedication, and will never cease to impress by their utmost aggressiveness and battle violence, altered by a couple of amazing acoustic intermezzos. 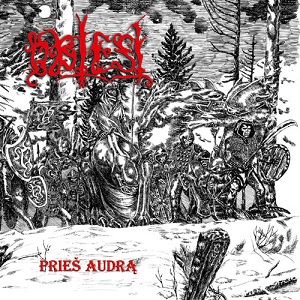 Now, with totally remastered sound and two bonuses in shape of few more early tracks, re-recorded professionally in 2006, it witnesses a limited super jewel box CD re-issue for the first time ever, expanded by additional vintage band pictures, and authentic artwork by Rolandas Melanaigis. Compact disk shall be ready by June 6th, while the album is already available for pre-order via Ledo Takas bandcamp page.