LEGION OF THE DAMNED are going to re-release their debut album “Malevolent Rapture” in memory of their former bassist and friend Twan Fleuren, who unfortunately decided to take his own life last year.

“May 20th, 2011 was a very sad day for us. Ex bass player and friend Twan Fleuren committed suicide. Twan was recruited by at that time second guitar player Leon Pennings, who served in the band OCCULT from 1992 until 1999.

Twan Fleuren took place in the band OCCULT in late 1998.
When Leon was thrown out of the band in 1999 right before we would leave for the MORBID ANGEL tour, Twan stayed in the band!

A lot of struggle in the last OCCULT years we finally decided to take action: we changed the name OCCULT into LEGION OF THE DAMNED, changed from record label Hammerheart to Boomer Entertainment & Massacre Records, and from then on, the band’s career took a rocket flight.

Twan Fleuren contributed on the most popular LEGION OF THE DAMNED songs such as “Werewolf Corpse”, “Death’s Head March”, “Bleed For Me”, “Malevolent Rapture” and of course our own hymn “Legion Of The Damned”.

During our first tour in 2006, when the album “Malevolent Rapture” was released, while it had already been recorded in October 2004, Twan got difficulties combining his private life and the band, before leaving for the tour his wife was giving birth to his second child, a son, named Joep, he already had a daughter named Nina.

After serious conversations on tour we all decided that it was best for Twan to leave the band and focus on his precious family.
Twan was then replaced by Harold Gielen. Twan faced a lot of difficulties and struggles in his life which ended in the decision he finally made on May 20th 2011.

In order to honor him as a dear friend and great bass player we decided to rer-release “Malevolent Rapture” in his name.

Twan was always a person who liked the attention in the band but he never experienced LEGION OF THE DAMNED the fullest, with this release we would like to put him in the spotlight, but also the release is a nice remembrance for those he left behind and who meant the world to him: his daughter and son Nina and Joep Fleuren!

LEGION OF THE DAMNED’s “Malevolent Rapture – In Memory Of…” is going to be released on February 10, 2012 via Massacre Records. 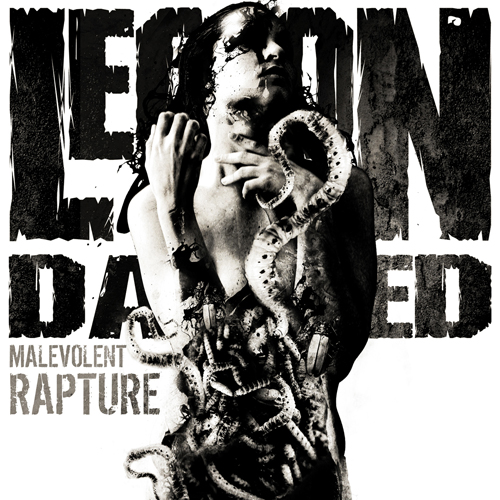