Less Than 4 the new Swedish Rock sensation are gearing up for the release of their long awaited debut album, entitled “By Blood By Heart” The album is produced by Rikard Lövgren (Deathstars, Enforcer, Sparzanza, Vomitory) and is filled to its width with pure hard rock some. The album is slated for release in spring 2012.

The first single – the title track from the album – is at the moment out in Sweden only and are riding high on stations like Bandit radio. 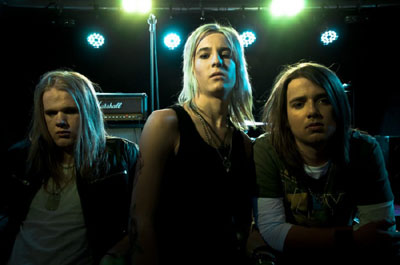 A video has been recorded by renowned director Charlie Granberg, which will premier soon.