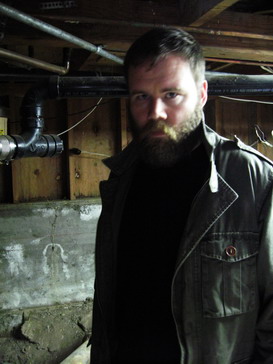 Relapse Records is extremely proud to announce the signing of California anarcho-grinders LIBERTEER. The creation of Matthew Widener (Cretin, Citizen), LIBERTEER is a manifestation of total anarchy, driven by an incendiary lyrical message designed to burn the system down!

The band’s debut album, entitled “Better To Die on Your Feet Than Live On Your Knees”, will see it’s release on February 13, 2012 in Europe. The album artwork and pre-orders are available now at this location

Widener commented on the formation of the band and band’s upcoming debut:

“My thoughts on politics slowly changed over the past six years. In Citizen I had a sense of outrage about our government, but because it still supported the idea of state, it doesn’t make much sense to me now. I’ve come to embrace the ideas of anarchy. The old band name, Citizen, represents a system of exclusion and nationalism, things I can’t stand now, so I had to rename the band and change a lot of things. I think the good things about the music are still there—the thematic, major-key riffs, the d-beats and blasts—but the message is now pure.”

“The album is one long song, with a handful of the coolest riffs reappearing as leitmotifs, like a pissed off opera made of blasts and d-beats. It’s utterly relentless. Plus, there’s a training montage at the halfway point.”