Toward Divine Death the anticipated follow-up to 2009’s Swallowed by the Void – released on Spinefarm Records. Finland’s Lie in Ruins make no missteps in delivering a 70-minute opus of pure death metal. Spanning 10 tracks, Towards the Divine Death, displays a much more mature band and vision. While you will hear typical LIE IN RUINS moments on this album, make no mistake, this is a nastier and grittier album that will leave you hoping the band doesn’t go five more years before assaulting us with another album. Hail supreme Finnish death! Hail the divine death! 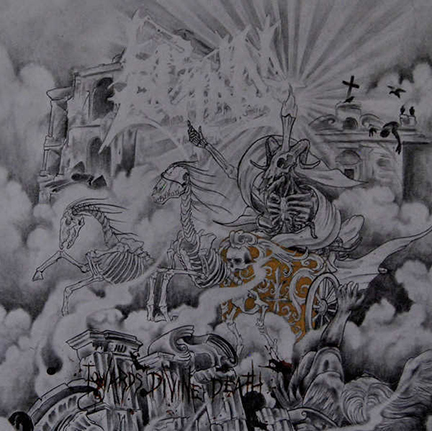 Lie in Ruins was formed initially at the golden season of  Death Metal in the early 90’s, but was buried in the background for several years. In 2002, the beast dug up again from his tomb to spread the seed of evil now when the time was ready. After the first demo Monuments was released, the need for a second guitarist was met. This unholy trinity began working on new material. After the next demo Statues, it was time to take the next step, and start spreading the musical propaganda at live. So it was time to get some new members again, and this time Lie in Ruins grew into five.

Meanwhile, the Spanish label Temple Of Darkness released a mini-cd from Lie in Ruins, called Architecture Of The Dead, which was compilation of the Monuments and Statues demos. Next came the split 7-inch with Deathevokation, called “Allegiance in death”, published by the Imperium Productions.

In 2009, drummer decided to left from the band before the recording of the new album. Continuing without him, band entered the studio and recorded ten desecrating songs for the full-length album called Swallowed By The Void, which represents Lie in Ruins as gloomier and darker than ever before. Now, war beside Satan will continue by proclaiming hymns for Lucifer as live with the new full line-up. The full power of this beast will be felt with Toward Divine Death. Hail Satan, Hail Death! 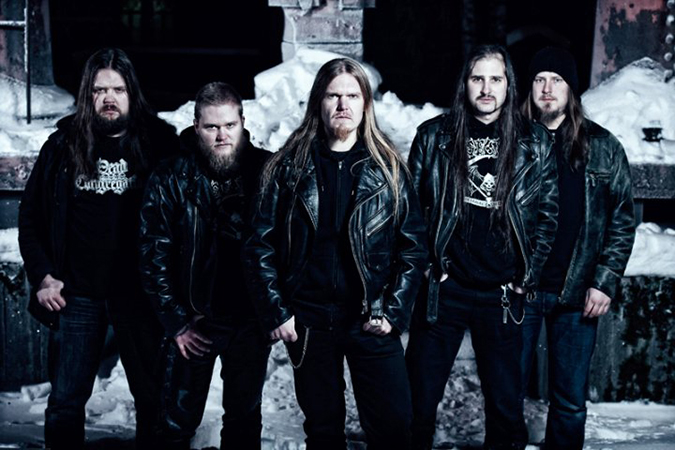 Hot News: Lie In Ruins – “Toward Divine Death” Streaming In Full at Imperiumi.net