Imperiumi.net has posted an exclusive preview of Towards Divine Death, the newest burnt offering from Finnish death legion LIE IN RUINS. With a worldwide release date set for February 4 on Dark Descent Records, this demonstration of relentless and bludgeoning death metal can now be heard in its entirety at this location.

Toward Divine Death the anticipated follow-up to 2009’s Swallowed by the Void – released on Spinefarm Records. Finland’s Lie in Ruins make no missteps in delivering a 70-minute opus of pure death metal. Spanning 10 tracks, Towards Divine Death, displays a much more mature band and vision. While you will hear typical LIE IN RUINS moments on this album, make no mistake, this is a nastier and grittier album that will leave you hoping the band doesn’t go five more years before assaulting us with another album. Hail supreme Finnish death! Hail the divine death! 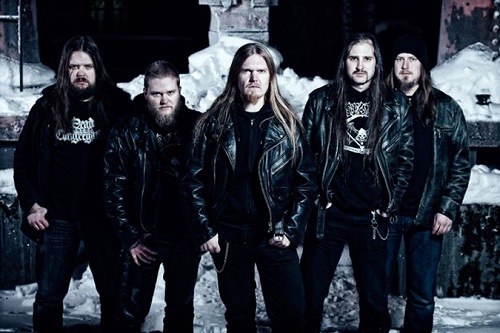