We at Lifeforce Records are extremely excited to welcome Polish blackened death metal act DEVILISH IMPRESSIONS to the family. It was very easy to convince us with their qualities as musicians and as extremely professional and hard working people! The bands Lifeforce Records debut and third album “Simulacra” will be released July 30th in Europe and July 31st in North America.

“We’re very pleased to land this record deal with LIFEFORCE RECORDS. From all the offers we’ve got this one seems to be our best option at this point of the band’s career and we truly believe working with them will push us up a huuuge step forward. What impressed us the most was Stefan’s, the label’s driving force, work ethic and attitude towards DEVILISH IMPRESSIONS music. His seriousness and passion about the band let us believe this was the best choice we’ve made. The worldwide release of the “Simulacra” album will initiate our new partnership and we can’t wait to see where it is going to bring us in the years to come” – comments Devilish Impressions mainman, Quazarre. 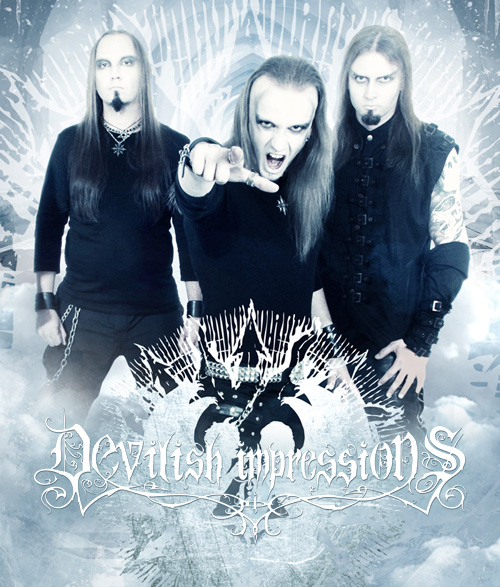 Despite having only two albums under their belt DEVILISH IMPRESSIONS quickly managed to put their name out there. Critically acclaimed records and intense touring along with some of the biggest names onto the metal scene made them one of the most promising acts on the European map of extreme music. After a row of personal problems that eventually caused several line-up changes and temporary stage absence, the band strikes back with the brand new opus called “SIMULACRA” and is now ready to take the scene by storm again. 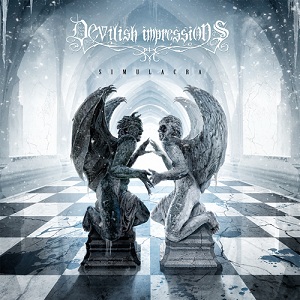