Death Metal undeads LIFELESS have finished the work on their long awaited second album, Godconstruct. The follow-up to the band’s 2008 debut, Beyond the Threshold of Death, contains 11 new stunning and catchy pure classic Death Metal hymns deep from the crypts of Germany, which will crawl into your rotten ears and devour you from the inside out. Do you like rawness combined with emotionally melodies? Don’t miss Godconstruct!

Godconstruct is set for a March 1st release through Germany’s FDA Rekotz. The album will be offered in CD, vinyl and digital formats. The vinyl version will come in two different editions, the Die Hard Edition, which is limited to 100 copies on blue vinyl and comes with poster, inlay, sticker and an embroidered patch, and the Obscure Edition on black vinyl with inlay.

The pre-sale for CDs, LPs and T-shirt combo packs have begun. Visit www.fda-rekotz.com for details and ordering information. 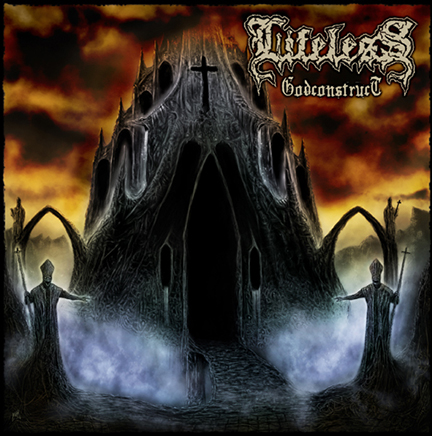 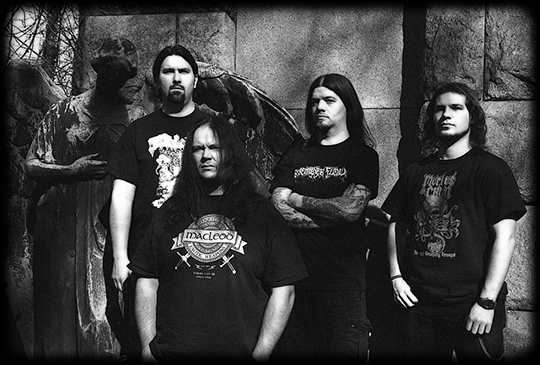 Founded in early 2006, LIFELESS set out to create pure, traditional Death Metal and have done exactly that since day one. No fucking compromises!!!

In 2007, the band self-financed their debut, Beyond The Threshold Of Death. The mastering was done by Vesa Kenttäkumpu (EVOCATION).

Two years later, LIFELESS signed with US-based Ibex Moon Records, the label founded by INCANTATION mastermind John McEntee, who re-released Beyond The Threshold Of Death in June of 2010. The re-released featured new artwork and a cover version of DISMEMBER´s classic “Casket Garden” as a bonus track.

In 2011 LIFELESS parted ways with Ibex Moon Records to get more reputation on the European market, and soon signed a new deal with German based FDA-REKOTZ (Entrails, Revel In Flesh, Revolting, Goregast etc.). The band’s FDA debut came in the form of the split 7″ split EP, Chapel Of A Lifeless Cult, with labelmates Chapel Of Disease.

In March of 2013, LIFELESS will release their long-awaited sophomore full-length, Godconstruct. Be prepared for ten tracks of old-school death fucking metal!

Hot News: Lifeless Releases Video for “Perdition of the Whore”

LIFELESS – Beyond The Threshold Of Death (Reissue)