Lion Music are proud to announce the addition of ANTON JOHANSSON’S GALAHAD SUITE to the label’s roster for the release of the epic “Galahad Suite”.

With a sound that runs across progressive rock/metal, melodic and hard rock grounds with equal measure, “Anton Johansson’s Galahad Suite” is the result of an idea that has been in the head of former Mister Kite member Anton Johansson for almost 30 years and features an array of talented musicians including Linus Abrahamson (guitar and bass), Carl Lindquist (vocals), Mats Bergentz (Drums), Sebastian Berglund (Keyboards), Anna Forsvall Lundmark (Cello) and backing vocal by Evelina Andersson, Ellen Abrahamson and Mikael Cederhag. 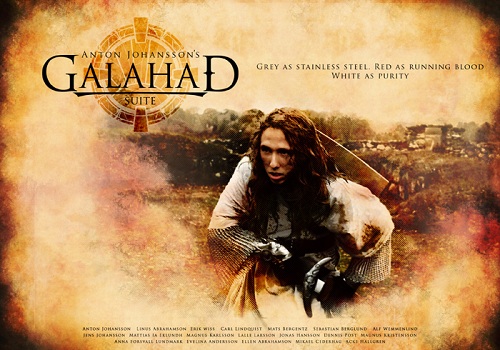 Project mastermind Anton Johansson, born 1960, started playing piano when he was nine years old, guitar at 12 and bass at the age15. Like everybody else he nursed the dream of becoming a rock star and played in lots of local bands. In the mid 90’s he founded Lion Music act Mister Kite with whom who he recorded and toured with supporting acts like Bruce Dickinson, Dio and SAGA. In 2007 he joined forces with Linus Abrahamson (Andromeda, The Codex) to finish the long-time coming project The Galahad Suite.

Lion Music are pleased to confirm Anton Johansson’s Galahad Suite will be released on 11th May 2013.