After several DIY years of establishing themselves via three critically acclaimed EPs and thousands of road miles, LIONS LIONS takes the next step of their career and signs with HOLLYWOOD WASTE RECORDS. Adding to Hollywood Waste’s already eclectic artist roster, LIONS LIONS brings a new (yet familiar) voice to the label with a post-hardcore sound reminiscent of Story Of The Year, Finch and Thrice.

Boston’s LIONS LIONS has now revealed the track listing and album artwork from their forthcoming Hollywood Waste debut, To Carve Our Names, due out on June 18th, 2012. Produced by Shep Goodman and Aaron Accetta [Bayside, Four Years Strong, Get Scared, Forever The Sickest Kids], the eleven-track disc showcases the band’s distinct, yet familiar sound reminiscent to the early days of Story Of The Year, Thrice and The Used. “Boston’s LIONS LIONS might just be the band to wake up the post-hardcore/screamo genre,” says GetExposedMusic.com. 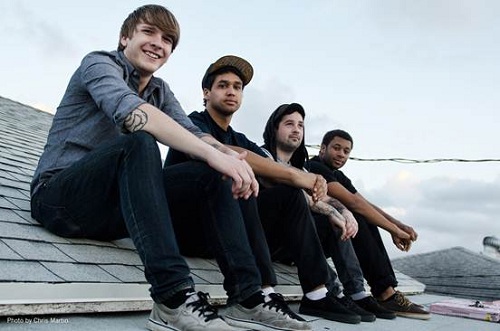 The artwork, which can be seen below, was done by Glenn Thomas of The Fox And King (www.thefoxandking.com). “He’s done artwork for Sleeping With Sirens, Emarosa, PMtoday, Decoder, and a ton of other amazing records,” says guitarist Brandon Davis. “It was his work on Tides of Man -‘Dreamhouse’ that really captured our imagination and inspired us to work with him. We couldn’t be happier with the end result, it perfectly captures the feel of the album.”

LIONS LIONS recently premiered the single “Milestones” with Alternative Press (which can be heard HERE while the track “The Undertow” is currently available via the Hollywood Waste Soundcloud, HERE. 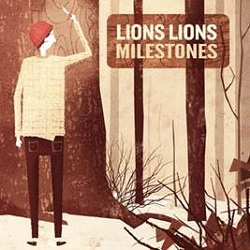 “To Carve Our Names” tracklist:

Hot News: Lions Lions – New album, “To Carve Our Names”, is out now!