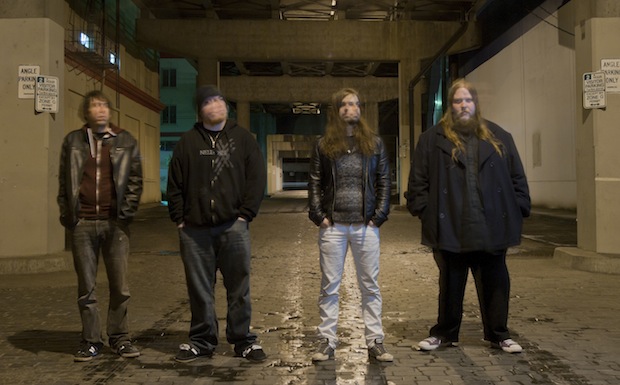 Lord Dying have been on the road non-stop since the release of their critically acclaimed debut ‘Summon the Faithless’ earlier this year. The band has not stopped touring and has no plans to stop anytime soon. In addition to their appearance at Phil Anselmo’s inaugural Housecore Horror Film Fest alongside Pig Destroyer, Down, Repulsion and many others Lord Dying have announced a run of dates for October and the beginning of November in North America.

Next year the band will be heading to Europe for the first time for an extensive tour with label mates Red Fang and TeePee Records artist The Shrine and they’ve also confirmed an appearance at the 2014 Roadburn Festival. Check out their November dates along with some racy interview questions and bonus track “Value of Pity” over at Noisey.  A complete list of all dates can be found below.

Grab your copy of ‘Summon the Faithless‘ from Relapse Mailorder HERE.