Frontman David Marcelis about the new album: “We cannot wait to share the new tunes with the world. We’re so proud to have made another album which is 100% LORD VOLTURE, yet renewing in its own way. The compositions are more compact and in-your-face than on our previous records, but at the same time there is more rest and maturity and a better flow. Everything sounds loud, tight and confident, even in the unmixed and uncompressed tracks. Each of us has grown a lot since our last release ‘Never Cry Wolf‘ in 2011, drums, bass, guitars, vocals,.. everthing. If you ask me, this will become an instant-classics-only album!”

In less then two weeks LORD VOLTURE embark on the ‘Wolves In Bohemia‘ tour in Czech Republic, Germany and the Netherlands. More tours and shows are coming up in October, November, December and January for and the Netherlands and also covering France, Spain, Italy, Germany, Czech Republic, Slovakia, Poland, Lithuania, Latvia, Estonia, Denmark and Northern Ireland. The band has announced that they will play live a number of the new album songs alongside classics from the Beast Of Thunderand Never Cry Wolf albums. An updated overview of all dates, cities and venues can be found here: www.lordvolture.com and here: www.facebook.com/lordvolture 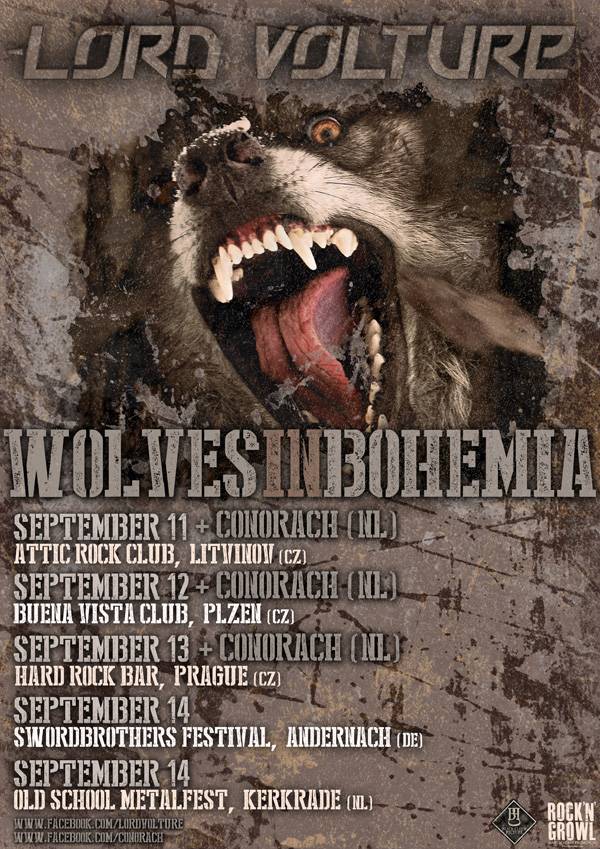 Hot News: Lord Volture Podcast 4, The Making of the Minutes to Madness Videoclip