Mael Mordha’s sound is a unique fusion of traditional Irish folk laments and elegies with the crushing power of doom metal. The band views its music as conduit between this world and the spirit world and its songs provide a dark, melancholy and epic soundtrack to historical and mythological tales of ancient Ireland.

Formed in Dublin in 1998 by Roibéard Ó Bogail, whose unusual ‘Sean-nos’ inspired traditional Irish vocal style gives the band its distinctive sound, Mael Mordha takes its name from a former King of Leinster, who met a bloody end in battle in the year 1014 A.D.

The band endured a number of line-up changes while self-releasing three EP’s between 1999 and 2003, before signing to Hammerheart Records/Karmageddon Media who released the band’s debut full-length album ‘Cluain Tarbh’ in 2005. 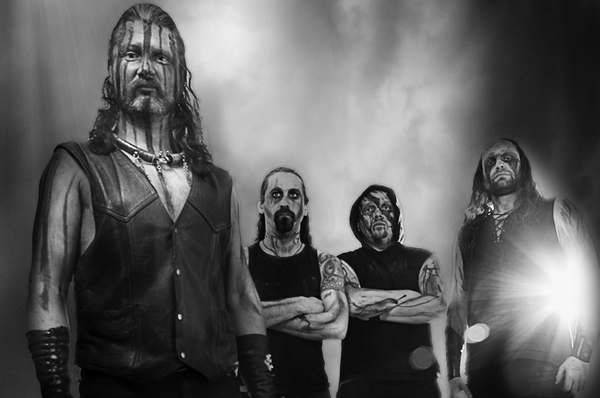 Later that year the band moved to ‘Grau Records’ and went on to release two new album’s; 2007’s ‘Gealtacht Mael Mordha’, and 2010’s ‘Manannán’ through the German label which also re-released an extended version of ‘Cluain Tarbh’ in 2008.

In recent years the band has performed at select shows and festivals throughout Europe and America where it’s use of traditional Irish instrumentation along with woad body paint in its uniquely atmospheric live performances have earned it a loyal and growing following. The band had this to say on the signing: “We are really looking forward to working with the guys at Candlelight. They are enthusiastic about our music and get what it’s about. We’ve written what we consider to be our best album so far and it’s great to be getting the opportunity to work with people who can help us get it heard by a wider audience. It is also important for us to be able to get this next album released in the United States, which Candlelight will do, as we’ve always had people over there who are seriously passionate about the band, but have had trouble getting their hands on our releases. The next chapter starts here. Tá Mael Mórdha ag Teacht!”