Carsten Kettering, who already plays bass for MAJESTY since the GERMAN METAL ATTACK tour has just been officially anounced as a permanent band member. Hereby the ultimate MAJESTY lineup since the comeback has been completed.

MAJESTY singer Tarek commented as followed: „Carsten already integrated himself with the band in a perfect way. He is a terrific bass player and fits to MAJESTY ideally. Furthermore, he has a great personality.“

Here a statement from Carsten: „During the „German Metal Attack“ tour in January 2013 I was asked by the band to help out on bass. The tour was a huge success within the band and for the fans and therefor it was obvious pretty soon that I become a permanent member of the band. I am looking forward to the upcoming shows and projects of the band and to help them to fulfill their musical ambitions“ 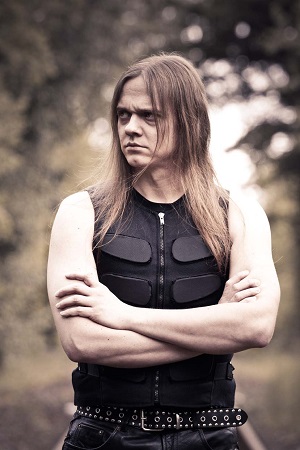 The whole band wants to wish Alex Palma who could not play with MAJESTY anymore due to family commitments, all the best for his future.

MAJESTY is looking forward to the upcoming festivals and the Wolfsnaechte Tour.
Find the dates here: http://noiseart.cc/?page_id=19#majesty