From Malaysia with firepower; the Southeast Asian death metal platoon known as HUMILIATION has unleashed their most brutal assault to date with their fourth full-length album, Turbulence From the Deep.

Out now on Deepsend Records, Turbulence From the Deep sees the band continue on their path of mass destruction while forging a doom-laden approach to their death metal arsenal. It should be no surprise the band warship at the tank known as BOLT THROWER. Musically, HUMILIATION focus on mid-tempo headbangers with heavy anthems of war, lack of humanity and minimal guitar solos. Turbulence From the Deep sees the band shift to a more doom/death ASPHYX approach to songwriting. Eleven tank-heavy headbangers to assault your ears too. The Malaysian Hell Brigade have unleashed a powerful neck-snapper of an album that will surely become a staple in death’s unholy collection.

Turbulence From the Deep is available in digital and CD formats at deepsendrecords.bandcamp.com. 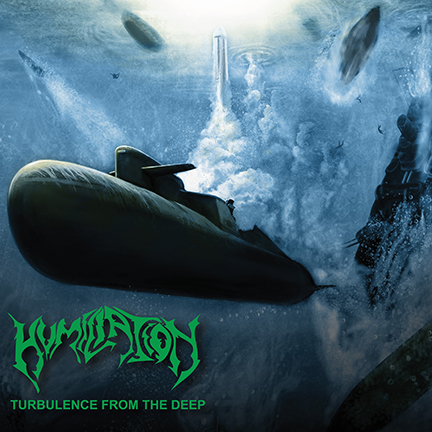 Deepsend Records is pleased to announce their newly launched Bandcamp.com page. Fans can now stream, download and order albums from Deepsend’s brutality laden catalog. Albums from CORPUS MORTALE, ETERNAL REST, EMBRYONIC DEVOURMENT and DAWN OF DEMISE are currently available. Previews of upcoming releases from HYBRID and HUMILIATION have been posted as well.