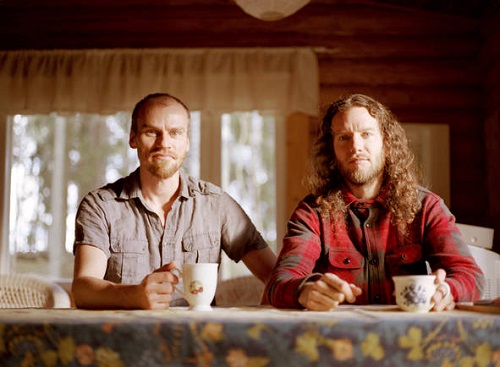 EKTRO RECORDS and SIGE RECORDS announce October 15th as the release date for the highly anticipated collaboration between MAMIFFER and CIRCLE, entitled Enharmonic Intervals (for Paschen Organ).The record is the first in a proposed series of joint efforts between the two groups, and will be released on CD by EKTRO and on vinyl LP by SIGE. Cover and tracklisting are as follows: 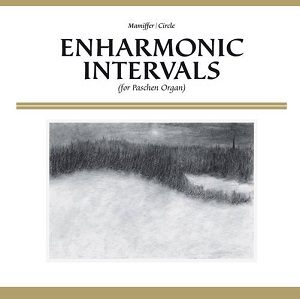 Forget what you know about the Seattle-area sound-art project Mamiffer and the Finnish hypno-rock institution Circle.Enharmonic Intervals (for Paschen Organ), the first in a proposed series of joint efforts involving these parties, contains few of the musical hallmarks you might associate with either performer. The comforts of austere piano sketches and solemn nocturnes are largely absent; the wallop of repetitive rhythms and metallic kitsch is nowhere to be found. It’s as if an unseen hand has erased the auditory signatures of each group and left behind only impressions, embers, filaments, and shadows. As with Mamiffer’s recent collaboration with Locrian, the work is anything but a predictable merger of two bands’ established visions.

Recorded over a single day at Keski-Porin Kirkko, the nineteenth-century stone church in the heart of Circle’s hometown, the basic tracks for Enharmonic Intervals exude divine inspiration. Caressed by Faith Coloccia, Aaron Turner, Jussi Lehtisalo, and Mika Rättö, the house of worship’s immense Paschen organ sets a liturgical, contemplative mood, which persists unabated through a cycle of improvisations and short compositions. The album opens and closes with slowly building sinfoniettas of sustained drone and flatlining feedback that shine heavenly light onto the wan, academic corpse of avant-garde minimalism. In the middle, all sorts of hell breaks loose: Coloccia chants wordless omens on a distant shore, Turner shouts his lungs out, Lehtisalo speaks in tongues from atop synthesized snowbanks, Rättö gargles operatic gibberish, hummingbird guitars flutter past, and delicate chords glisten like dewdrops on Arctic lichen. Much of this earthly ruckus stems from additional sessions spent brainstorming, fine-tuning, cooking, and stoking the sauna at the Lehtisalo family cottage, deep in rural Finland. (A couple of months later via the miracle of technology, Eyvind Kang tacked on a spot of viola while visiting Turner and Coloccia at their Washington state abode.)

Instead of engaging in some lazy superstar jam, Mamiffer and Circle have gone above and beyond to create a site-specific triumph that bridges the gap between serene, holy bliss and the warm, messy sprawl of humanity. Amen to that, brothers and sisters. – Jordan N. Mamone, New York City, June 21, 2013