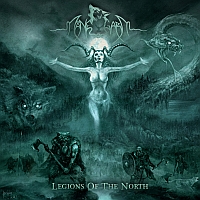 Heathen Warriors everywhere! Check out the Cover Artwork and tracklist of MÅNEGARM´s upcoming album “Legions of the North“!

Markus André (MÅNEGARM):
“After nearly 20 years of Rock n’ roll and seven released albums; Månegarm are back with their brand new effort – Legions of the North. Legions of the North is an album full of hard hitting melodies and ear catching refrains, all spiced with the special Månegarm flavor and served to you all in the best way. We’re very proud to present this new album and we really hope that you will enjoy it. The Wolf is back…Prepare for war!!”

MÅNEGARM – Legions Of The North