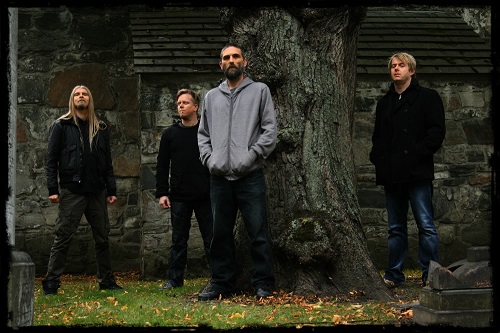 “Teeth, Toes & Other Trinkets“, a collection of odds and ends from Norwegian visionaries MANES, is up streaming in its entirety at the following location: http://dmp666.bandcamp.com/album/teeth-toes-and-other-trinkets

This anthology contains eleven unreleased, obscure and hard-to-find tracks / alternate versions culled from the verdant MANES archives. Dating back to the periods of their stellar “Vilosophe” and “How The World Came To An End” full-lengths from 2003 and 2007 respectively, these previous-buried jewels have been exhumed and presented anew for fresh consumption. 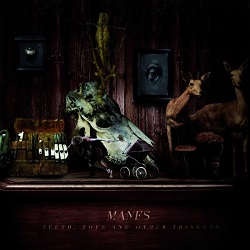 Absolute Zero Media mentionned in a review of the album : “MANES is so damn haunting in the same way ULVER has mastered Trip Hop, Electro, Post Rock and metal into something that is all their own (…) They are just so original and talented so very glad to have them back and 2014 is going to be an adventure for sure…“.

To celebrate the release of this compilation, a live video of “Ende“, filmed in Trondheim (NO) back in September 2004, is available on YouTube.

MANES was started by Cernunnus in 1992, as a side-project to ATROX (the band he was playing in back then) .. a few experimental lineups and concepts were tried out (perifa, obscuro), before MANES settled as a two-man band, with Sargatanas doing the vocal duties, and Cernunnus doing everything else .. the first demo, “Maanens Natt” were released in 1993, the second one, “Ned I Stillheten” in 1994, and the third (and last) one, “Til Kongens Grav De Døde Vandrer” in 1995.. because of various circumstances, not much happened until 1998/1999, when the debut album “Under Ein Blodraud Maane” were released by the dutch label Hammerheart Records.. after that album, Cernunnus needed a long break from music and everything, until…

MANES resurfaced in 2002, more or less as a new band.. new line-up, new musical style, new appearance.. the second album, “Vilosophe” were released in 2003 by the italian label Code666, to an unprepared audience.. this abrupt change and unexpected bahaviour have followed the band in everything they have done since.. MANES played some gigs and festivals like inferno, hole in the sky, southern discomfort and quart, and shared a stage with bands like ISIS, KATATONIA, RED HARVEST, THEATER OF TRAGEDY among others .. to finalize their commitment to Aural music (the ‘mother’ label of Code666), MANES released the “[view]” ep in 2006 as an intermezzo between albums .. the year after, in 2007, MANES released the web ep “Deeprooted” and the album “How The World Came To An End” via the uk label Candlelight records .. this album further explored more of the negative spheres “Vilosophe” had ventured, but saw MANES as a more creative collective collabortaing with a diverse group of guests .. during the recording-sessions for this album, the next MANES album were also taking form and pre-production for the upcoming “Be All End All” were initiated in 2007/2008, but this took time and drained energy .. the reviews for “How The World Came To An End” were good, and the band got a lot of attention, but no concerts were played in the wake of this release .. the band also released an “epoch#1” mini-album “solve et coagula” with Kvarforth (SHINING) and Malefic (XASTHUR) on vocals not long after, but MANES faced a void and slowly dissolved, until ..

spring 2013 the band again resurfaced with new creative force .. the standstill for the MANES activity was due to many factors like other priorities, health and family, and the associated MANES members found time to devote to other bands and projects, many of whom were collaboration between two or more of the manes crew, like ATROX, DRONTHEIM, LETHE, KKOAGULAA and CHTON .. 15 different MANES web releases were also released in 2011, among these “Overheated”, “Deep North” and “Roman Shower”, and all of these with 4 or 5 tracks on each, and available for a limited time only .. in the summer of 2013 manes released a new track “Blanket of Ashes” online, and announced that the album “Be All End All” finally will be released following a compilation album of obscurities and rare material called “Teeth, Toes And Other Trinkets”, both via the french label Debemur Morti Productions.

Manes – „Be All End All” új albumának részletei