Van Damme, who is Sylvester Stallone’s co star as an arch villain in ‘The Expendables 2’ said about the collaboration: “I met with Joey DeMaio and explained my vision for the entire soundtrack, he will be writing original score as well as bringing MANOWAR songs to the movie.” 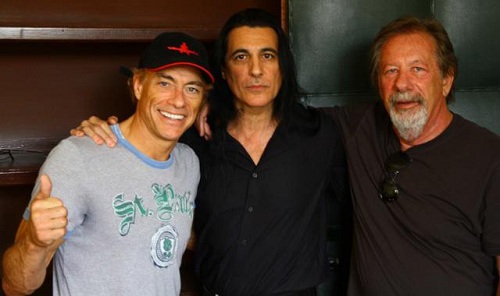 “We’ve always had a passion for movies, especially those that celebrate the values that matter for us: righteousness, honor, bravery. Contributing musically to such stories, and working with some of the greatest action heroes in cinema history is an honor and a pleasure. We are ready to deliver a powerful soundtrack to this really great movie”, said Joey DeMaio.

‘Soldiers’ is scheduled for release in spring 2013.

MANOWAR have recently premiered their twelfth studio album ‘The Lord Of Steel’ that has been called by the press “A brutal and unstoppable force of molten metal”. The Lord Of Steel is currently available as a limited Hammer Edition in collaboration with Metal Hammer (UK).
An entirely different version of The Lord Of Steel, loaded with surprises, will be released into international retail in September as CD, Vinyl and as a digital album.
MANOWAR will kick off The Lord Of Steel World Tour with first shows in October, across Europe.