This September, Xanden Concerts and Terrorizer Magazine will present Martin Walkyier’s Viking Funeral; a string of shows that marks the final time Walkyier will perform classic SKYCLAD material live in the UK.

Intended as a swansong that will allow the legendary Pagan Metal vocalist to close the book on SKYCLAD and focus his attention on THE CLAN DESTINED, Martin Walkyier’s Viking Funeral will consist of three shows in London, Birmingham and Dublin. Italian Melodic Folk Metallers ELVENKING will back the singer up on stage as well as make their live UK debut on the tour. Direct support will come from DEVILMENT, the new project featuring CRADLE OF FILTH vocalist Dani Filth. The band is currently hard at work on their debut album.

Portugal’s premier melodic death metal band, WE ARE KILLING OURSELVES (WAKO) join the bill as they start to develop their fanbase in Europe. The opening slot will be filled by Devil’s Clause Records newest signing HELGRIND. The London based thrash metal band who are the main support to WAKO UK Headlining Tour will open with their new album in the process of being mastered.

Elvenking, We Are Killing Ourselves & Helgrind dates:

Tickets are available at the box office or www.ticketweb.co.uk. 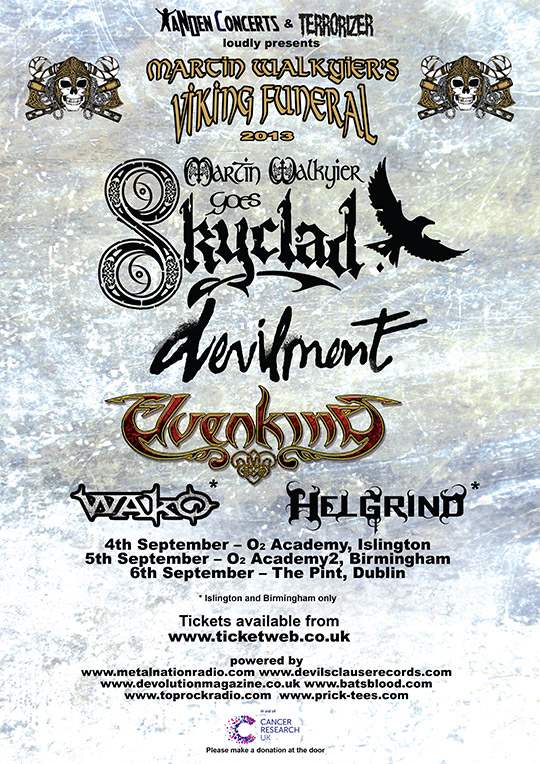