Martyr Lucifer of Hortus Animae entered Domination Studio (RSM) to record guest vocals for a song to be contained on “Chapter VII: Back From the Land of the Dead“, the comeback album of the legendary Norwegian black metal band Ancient.
Nick Barker has recorded the drums at Alpha-Omega Studio in Como (Italy), and the guitars are being recorded now. The master is expected to be ready in May.
Zel will be recording vocals with Jacob Hansen (who also produced the “Proxima Centauri” album) in Denmark.
The release will probably take place around September, the label has still not been confirmed though. 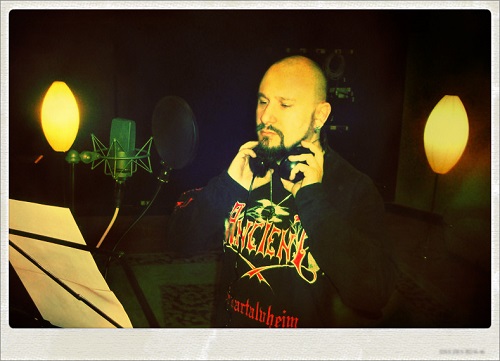 Hot News: Martyr Lucifer – No Rest For The Wicked!