We’re thrilled to announce the signing of HATRIOT!

Steve ‘Zetro’ Souza (Exodus, Legacy (now Testament)) takes his musical roots back in time to the 1980’s when metal was fast, furious, and yet still melodic.

He writes all of his own twisted lyrics, and with the help of his young guitar wizard, Kosta “V”, the two of them collaborate to bring you the music of HATRIOT.

Backed by his two sons, bassist Cody Souza and drummer Nick Souza, plus second guitarist Miguel Esparza, Zetro is out to crush and destroy everything in his path.

Few bands can be fast, loud, powerful and ferocious, while staying musical, melodical and crushing. HATRIOT gives you that, along with the pure intensity of a hungry band that wants nothing more than to tour and play live music to fans. 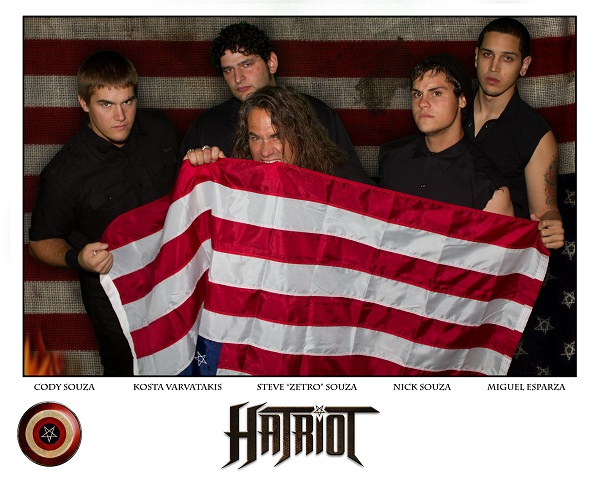 HATRIOT’s debut album “Heroes Of Origin” is expected to be released on January 25, 2013!