We’re happy to welcome TEARS OF MARTYR from Madrid, Spain, to the Massacre Records family!

The band was formed in the mid-90’s in Gran Canaria, Spain. They released their first demo “The Essence Of Evil” in 1996, which gained good reviews. The second demo “Renascence” followed in 2005.

They already played several club shows, for example with To/Die/For, Swallow The Sun, Draconian and Epica.

“Entrance”, TEARS OF MARTYR‘s debut album was released in 2009 via STF Records.

The band won an award as the best Spanish band of the year at the Female Metal Awards in 2009. 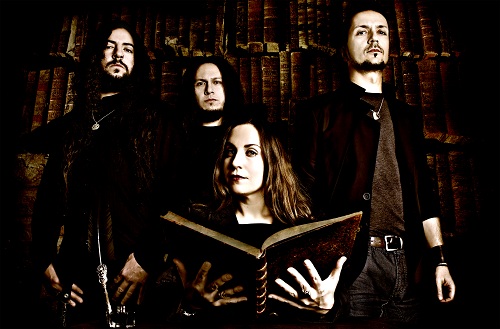 TEARS OF MARTYR are now ready to deliver their second album “Tales”, which was recorded in August 2012 at the New Sin Studios in Loria, Italy, with Enrik Garcia and Luigi Stefanini.

The band commented:
“We are happy and excited to work with MASSACRE RECORDS. We are looking forward to the release of ‘Tales’ and we hope you’ll enjoy it!”