The band was founded in 1986 by Giovanni Soulas (bass), Markus Britsch (keyboards) and Lars Hörnig (drums). After several demo tapes, their debut album “Visions And Reality” was released in 1994 with vocalist Andy B. Franck and guitarist Chuck Schuler. The second album “Symbols Of Time” followed a year later.

Chuck decided to leave the band after a successful EU tour w/ Nevermore and Iced Earth due to personal reasons and was replaced by Achim Welsch.

With the departure of their vocalist Andy, “Polarized” (1997) was the last album of the band before they went on hiatus.

But in 2001, Giovanni Soulas and Achim Welsch decided to continue with IVANHOE and recruited Mischa Mang as new vocalist. Richard Seibel (keyboards) and Sebastian Brauchle (drums) completed the line-up and the band released the new album “Walk In Mindfields” via Massacre Records in 2005. A year later, Chuck reunited with the band and IVANHOE released their latest album “Lifeline” via Silverwolf Productions in 2008.

With the addition of Mathias Biehl as new drummer in late 2010, the band focused on their live activities and drew a lot of attention as support act for Queensryche and the Scorpions. They also played at festivals, such as the Bang Your Head!!! Festival and the Building A Force Festival.

Achim left the band in mid-2011, putting more responsibility on the shoulders of band leader and founding member Giovanni.

Watch out, IVANHOE are back with their strongest effort so far!

Mark your calendars on May 24, 2013 – on this day they’re going to release their brand new masterpiece “Systematrix” via Massacre Records! 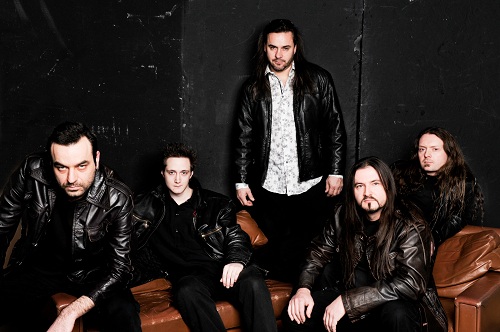