Death metal pioneers MASTER have inked a deal with German extreme music label FDA Rekotz for the band’s landmark 12th full-length album, which is scheduled for a late September release.

MASTER‘s legendary founder and frontman, Paul Speckmann, commented, “We are proud to be working with Rico and FDA and look forward to a solid future together.Watch for the next masterpiece to be unleashed on September 27th, 2013.”

FDA Rekotz has posted a video teaser for the upcoming album at this location. 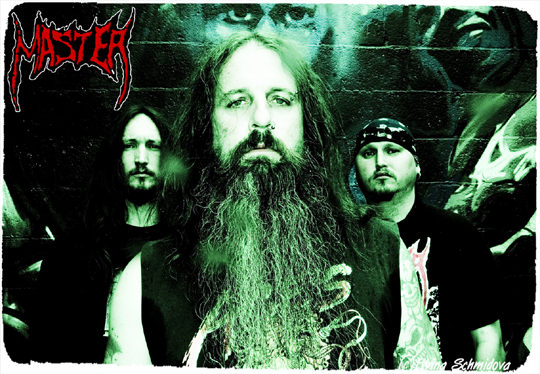 After releasing The New Elite last year to widespread critical acclaim, Speckmann and MASTER waged war on false metal across the world with an ambitious string of dates that saw the band ravage audiences across Europe and North America.

As the saying goes, there is no rest for the wicked, and MASTER is back in action for the True Underground Warriors Tour with ENTRAPMENT, bookended by select European festival dates. More details on MASTER‘s upcoming FDA Rekotz debut to come.

For a full list of MASTER live dates visit master-speckmetal.net/live.html.

Hot News: Master To Kick Off US Tour With Sacrificial Slaughter And Fisthammer Next Week