The 32 date journey will kick off in Los Angeles as part of the “Age ov the Gods” Metalfest on March 1st and end in Long Beach, CA on April 1st. Support will be provided by Philadelphia’s up and coming death metal outfit FISTHAMMER.Other notable appearances include Masters return to Chicago March 11th, the “Philthadelphia Infest” w/ Devourment March 16th, “Masters of Death” festival w/ Incantation March 23rd and the tours only stop south of the border at “Baja Deathfest VII” in Mexicali.

For more on all three bands visit the links below: 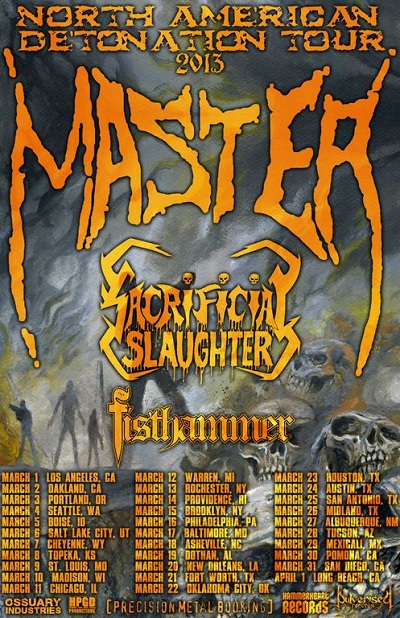