“We are now completing the songs for our new album which will be recorded in September at MathLab Recording Studio and mixed in Canada with Christian Doladson.
Our second release will be even more energetic, technical , intense and ” straight in your face” than the first one. We have been working hard so far, specially to create the best melodies and right mood for this album. The band’s line-up changed quite a lot since our first effort, which has led to a vast improvement in technique and better song structures.
We are now veering towards more technical, more melodic, and more modern death metal, with controlled anger! We worked very carefully on the lyrics, which are reflections on the problem of mechanization and the dehumanization of technology prevailing in our time. 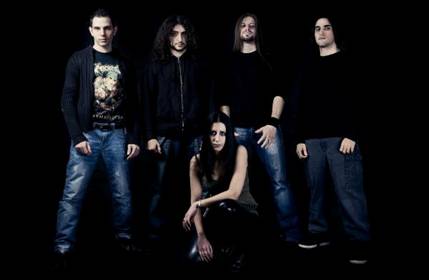 Our concept is inspired by the guidelines of Nietzsche, Heidegger, Junger,
Spengler, Schopenhauer, Sloterdijk and other philosophers. The lyrical direction represents a radical change for us, and goes well along with the musical and stylistic changes of our new development. Once again we relied on the professionality and taste of Colin Marks for the artwork, because we believe that he is one of the best artists to graphically capture our themes. The album will be entitled “Artifact of Annihilation”, describing in one phrase the musical, graphical and lyrical contents of our work. It will consist of 12 tracks, filled to the brim with anger, violence, melodies and technique.