Things have been hectic in the MERCENARY camp during the last 12 month. The band has been working intensively on the 7th album and has now, after a full-scale songwriting process, entered the Hansen Studios in Denmark for the recordings. To keep you updated, the band is going to post videos from the recordings frequently.

The band comments:
“We are very excited to announce that we have entered Hansen Studios and have begun the recordings.Peter Mathiesen has already recorded all his drum parts, and he has done an absolutely amazing job! We will be posting some video diaries from the studio; here is the first clip. ENJOY!” 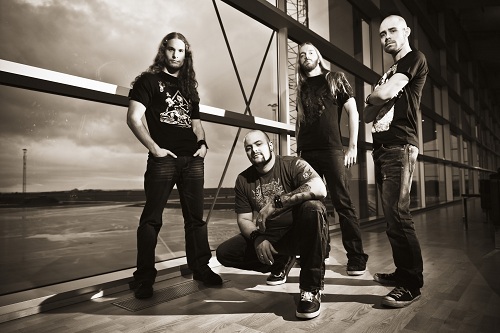