After a break of ten years, former Angel Dust vocalist Dirk Thurisch finally returns with his band MERCURY TIDE, which once started as a project and now grew to a full-fledged band. The new album “Killing Saw” is a natural progression from Dirk‘s last album “Why”. Eventually the time has come that one of the most important German Melodic Metal vocalists returns like a Phoenix, rising from the ashes!

The new MERCURY TIDE album “Killing Saw“ will be released in Europe on 25th May, 2012 and in the USA on 10th July, 2012 through Limited Access Records. It will be available for pre-order at e.g. Amazon or EMP. The twelve tracks involve magnificent melodies which meet playful guitar riffs and catchy choruses, to which you want to sing along immediately.

The tracklist will be set as the following: 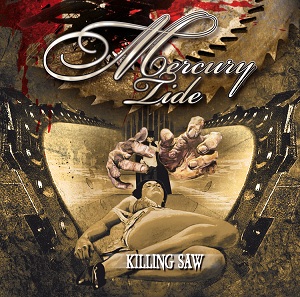 MERCURY TIDE are proud to release the cover artwork of their new long player “Killing Saw“, which was penned by Carsten Drescher, who worked for i.a. Angel Dust, Moonspell, Paradise Lost and Epica. 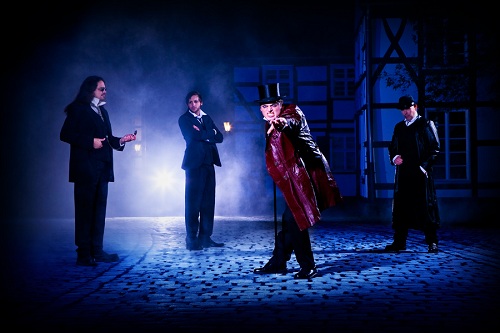 As a special bonus you can pre-order a limited edition of the new album “Killing Saw“ for a special price exclusively at EMP as bundle with the first MERCURY TIDE album “Why?“.

Hot News: Mercury Tide – On the road with the new album “Killing Saw“!