Metal Mind Productions is proud to announce the release of Doogie White’s solo album – “As Yet Untitled”.

This Scottish vocalist came to the attention of the worldwide audience when Ritchie Blackmore asked him to be the lead singer in his reformed Rainbow. They recorded one album together – “Stranger in Us All.” Doogie would go on to sing with Swedish neo-classical guitarist Yngwie Malmsteen for over a six and a half year period, record two albums and tour the world. He also recorded four albums and toured with Cornerstone and is currently the lead singer of Tank, who embark on selected European dates starting this August. 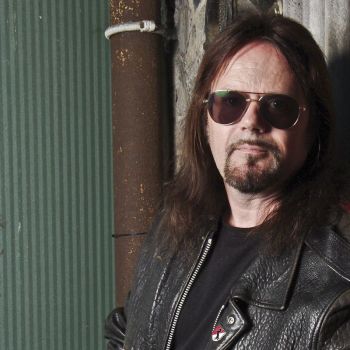 Doogie White will release his first solo album through Metal Mind Productions in October. The album called “As Yet Untitled” is a collection of 10 dramatic and hard hitting rock songs co-written by White and some good friends he has made over the years on the rock scene.

White says, “I always thought my first solo album should be called this. The journalists at Sounds and Kerrang! always had a line that so and so are in the studio recording an album, as yet untitled… Well now I have actually done that. I always like to be part of a band but I found myself isolated for a short while and decided to record some of the songs that I had been working on, while either on the road or back at home. I won’t sit around and wait for the phone to ring. A bored Doogie is a dangerous thing! I gathered the good and the great, companions who had travelled the world with me at various times. Friends who I knew were outstanding players and to a man and one beautiful woman they gave freely of their talents and time. I am forever in their debt.”

The album was recorded at various studios in Florida, Germany, and Scotland but most of the production was handled in Sweden with Pontus Norgren (Hammerfall) at the helm.

White: “Pontus and I became great friends through our time with Yngwie. He shone a bright light on the songs with his production. He brought a certain calmness to the madness and made sure that everything that was in the song had to be there for a reason. Even when the hard drive with the initial mixes was stolen, I knew that Pontus could sort it out.”

Metal Mind Productions set the release date for the 24th of October in Europe and the 7th of November in USA (via MVD).