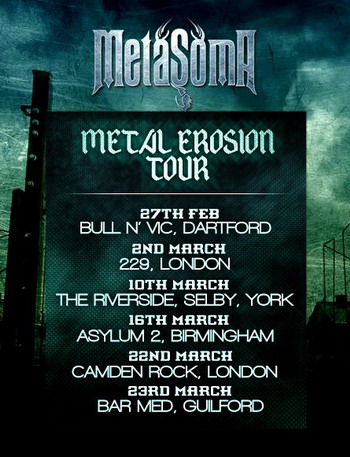 The band is currently promoting their debut EP entitled “Metal Erosion” which consists of 5 tracks of alternative mid-tempo metal with rock’n’roll touch for fans of Godsmack and Disturbed. Here is the tracklist: 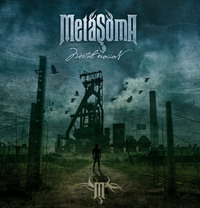 You can listen to the whole EP at band’s official Facebook page – http://www.facebook.com/pages/Metasoma/147688001960438 or Youtube channel – http://www.youtube.com/user/metasoma77. Metasoma is now recording their full debut album which shall hit the stores in the second half of 2012. 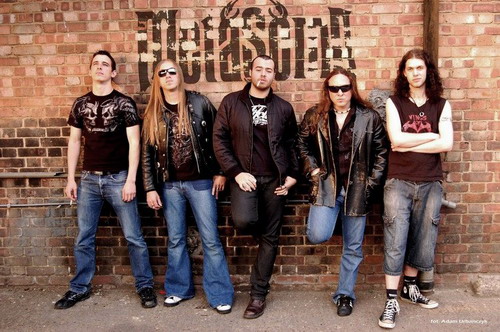 Metasoma is fusion mix of deafening Rock ‘N’ Metal. The passion of music flowing through them allowed them to synchronize with every audience they stood before as they proved to be stage masters, Misieks melodies along with Vojtek’s mad riffs and Amro’s golden voice ranks the band as one of the top heavy metal acts in England’s underground scene having toured england and played consistently in the O2 Shepperd’s bush empire, Bristol, 666 Old street, Sound Leicester square, Scunthorpe, Manchester, The Cross kings, Camden Rock, London’s Ace cafe, the tattoo jam festival and even reached the semi finals in UK’s live and unsigned along with more shows in the UK and greater London all in the range of one year thanks to the skills of Vaughan’s superb drumming and Lewis’s tight groovy lines. Metasoma’s music is reaching audiences in the States and Europe and getting recognition as band of the month on many online radio stations and are moving towards bigger festivals and wider opportunities to bring their sound of heavy metal and rock and roll carved to please rockers from many different genres.