New Jersey metallers MIDNITE HELLION have made their entire discography available for streaming at StereoKiller.com. With the band’s newest release, the Hour of the Wolf 7-inch, limited-edition vinyl single, on track to selling out, fans can now bang their heads to MIDNITE HELLION‘s complete catalog of powerful and melodic brand of trad-inspired metal. Check it out now at www.midnitehellion.stereokiller.com.

Hour of the Wolf is out now on Witches Brew Records. Order the 7-inch and more from MIDNITE HELLION at www.midnitehellion.com.

From now until January 31, HardRockHaven.net is offering their readers a chance to win a copy of Hour of the Wolf, as well as their 2012 release Enter the Unknown and demo cassette, The Fever. To enter, visit hardrockhaven.net/online/2013/12/giveaway-midnite-hellion-prize-pak.

MIDNITE HELLION is currently hard at work on material for a new full-length album, to be recorded and released in 2014. A live cassette is in the works as well. The band has been confirmed for the 2014 Ragnarökkr Metal Apocalypse, set for April 4 & 5 at Reggie’s in Chicago, Ill. For fest details, visit www.ragnarokkrmetal.com. 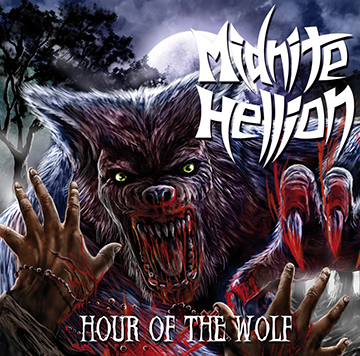