German Deathgrinders MILKING THE GOATMACHINE will release a new album on March 28th via Noiseart Records. But it won ´t be a regular one: the guys are releasing a cover album with a collection of the band ´s all time favorite tracks and songs they have been influenced by. “We have often been asked if we don ´t want to release a cover album”, the band explains. During their shows they are already famous not only for their characteristic goat masks but also for covering well-known songs. “Our cover songs are very popular among the people and we really enjoy playing them every time and give them our own style. So we thought by ourselves, why not doing a full album with them? We have been crushing our horns for weeks and trying to find the right tracks.” 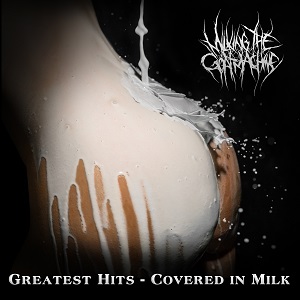 Which tracks it will exactly be, the band does not want to tell yet, besides the little info that there will be songs of ZZ Top as well as Boney M among them. For sure there will be some classics on the record and for sure not only the band themselves will have fun with them.

The result will be awesome and will be presented live right after the album release. From April on MILKING THE GOATMACHINE will be on tour.

More shows will be confirmed soon

Hot News – Triptykon: To Be Touring As Part Of Hatefest 2011