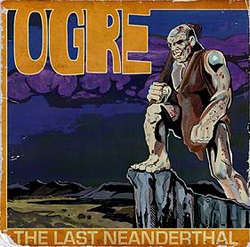 Check out the video for album cut “Nine Princes in Amber” at this location. 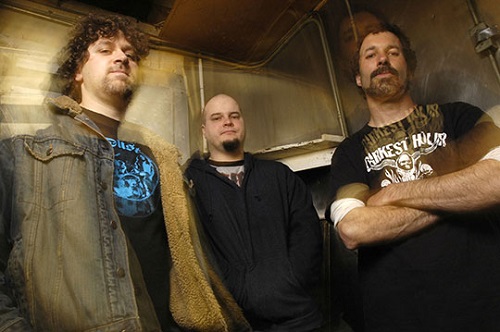 OGRE will celebrate the release of The Last Neanderthal with a CD Release show on March 14 at Geno’s Rock Club in Portland, Maine. For show details, click HERE.

OGRE formed in 1999 when Ed Cunningham (bass/vocals) joined forces with Ross Markonish (guitar) and Will Broadbent (drums), who had been playing together in several bands in the Portland, Maine music scene.  Together, Ed, Ross, and Will quickly wrote and recorded a 4-track demo cassette that garnered high praise in the underground doom metal and stoner-rock community.

In 2003, the band self-released its first full length, Dawn of the Proto-Man, to critical acclaim. The disc created enough buzz to get noticed by Japan’s Leafhound Records, who put out the band’s second and third albums, Seven Hells in 2006 and Plague of the Planet in 2008, the latter album being reissued by Shadow Kingdom Records in 2009. After a decade of playing shows up and down the East Coast as well abroad (Japan Tour with Church of Misery and Blood Farmers in 2008), OGRE returned to its cave in September 2009.

Coaxed out of hibernation after several years, the band played a handful of local shows and began writing new material that would eventually comprise its fourth album, The Last Neanderthal, to be released by Minotauro Records (Italy) in March 2014.  As one of the first currently active bands to be signed to the newly-recharged Minotauro, OGRE is ready to stampede into the next phase of its career.