Stavanger’s “gloomy rock’n’rollers” BEYOND THE MORNINGLIGHT have today released a single from their forthcoming sophomore album, “Liberation”. “Open Your Eyes” is a psychedelically- tinged rock track, with a melancholy atmosphere, combined with deep-thinking, existential lyrical content. To go with the single, and to commemorate their fifth year together, the band has also created its first video, which was filmed at dawn in the evocative surroundings of Norway’s rural Rogaland. Both the video, in MP4 format, and the MP3 of “Open Your Eyes” can be downloaded for free from http://btm-music.misantrof.net/

BEYOND THE MORNINGLIGHT’S sound has been celebrated for its progressive leanings and bold evolution. Frontman Runar and fellow bandmate Andy (acoustic guitar, mellotron and organ bass pedals) list PINK FLOYD and THE CURE amongst their diverse influences, as well as citing experimental, psychedelic 70s artists as having had an impact on their uniquely dark, atmospheric, introverted approach. Commenting on the track, Runar (vocals, acoustic and electric guitar, bass, mellotron and organ bass pedals) says: “It’s a great example of what’s to come on our second album, which is very powerful and different from our first. We are using mellotron instead of organ this time, so the soundscape is gloomier”. “Open Your Eyes” is one of four songs that have so far been completed for “Liberation”, and we are currently spending as much time as possible in the studio to get the whole album finished. 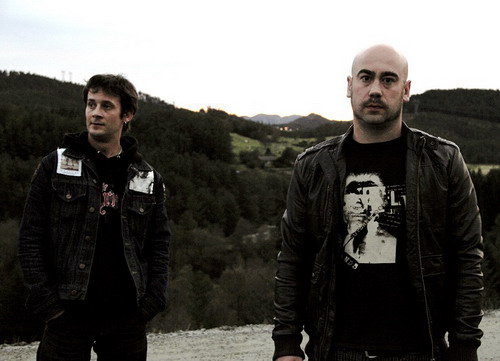 “Liberation”, which is scheduled for release in 2012, is being recorded and mastered by Daniel Vrangsinn (VRANGSINN, CARPATHIAN FOREST, SECHT etc.) who heads Misantrof ANTIRecords, which he founded with the intention of allowing the bands signed to the label complete control over their own work. All Misantrof releases are available for free download, with some bands also choosing to make the releases available for sale via CD or Vinyl with. The video for BEYOND THE MORNINGLIGHT’s “Open Your Eyes” was itself filmed and produced by Vrangsinn, whose own his multi-media release “PHOBIA”, and the forthcoming “TABOO”, are heavily orientated towards the visual, as well as the aural, experience. Says Runar: “We have become quite close friends with Daniel over recent years, since he produced our first album, and it is always good to be back in the studio with him – he’s a great guy to work with”.

More information about BEYOND THE MORNINGLIGHT, including free download of the new video single as well as the band’s self-titled debut album can be found at http://btm-music.misantrof.net/