Drawn up by some of the most unsavory souls in the Boston underground hardcore scene and reinforced by members who have done time in infamous area bands like Mind Eraser, Righteous Jams, Mental, XFilesX, and many others, THE RIVAL MOB have become darlings of the current hardcore scene. The Rival Mob‘s shows inspire shameless violence and huge turnouts, due in part to the band’s past appearances at some of most important hardcore festivals in America including This Is Hardcore in Philadelphia, Sound and Fury in California, and Chaos in Tejas in Austin. Not only are their live appearances a hot commodity, but the merch lines at their shows draw more attention than the opening bands, often selling out of shirts and music in mere minutes, and all of their out-of-print vinyl releases on some of the most respected labels (Triple B, Lockin’ Out, and Six Feet Under) fetch outrageous sums at online auctions and are in constant demand. 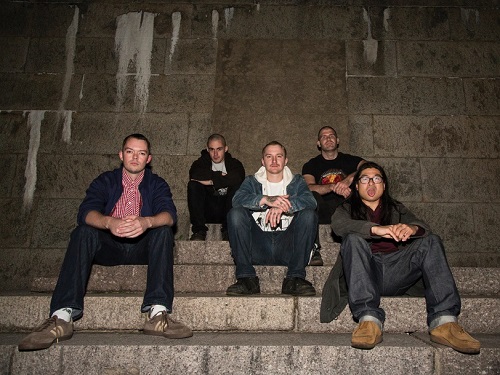 The band’s Revelation Records debut, Mob Justice, picks up right where their previous EP Hardcore For Hardcore (Six Feet Under Records) left off. Vocalist Brendan Radigan spews venom at the ills that plague both the outside world and the scene itself, delivered over fast, stagedive-inspiring hardcore that brings to mind the best of mid- to late-80s New York hardcore bands like Youth of Today, Warzone and Breakdown.

In between serving time with their current other projects World War 4, Give, No Tolerance and Boston Strangler, THE RIVAL MOB will be playing record release shows for Mob Justice on both coasts, highlighted once again by the big summer festivals as well as their first-ever trip across the Atlantic to Europe. Tour dates are below, with more shows to be announced soon.