HOLLYWOOD WASTE RECORDS is proud to welcome Seattle’s own, MONSTERS SCARE YOU!, to their ever-expanding roster.  With each additional signing, the diversity of genres on the Hollywood Waste roster grows and MONSTERS SCARE YOU! brings yet another new sound to the label.  With their feet firmly rooted in the heaviness of hardcore, the band surprises listeners with incredibly catchy choruses, all while incorporating dubstep and modern electronic elements.

HOLLYWOOD WASTE’s Kyle Kore Parsons states: “We’re very excited to announce our newest signing, Monsters Scare You! The guys have been family to Hollywood Waste since the start, and we truly believe in MSY as pioneers of happy-hardcore/dub. We can’t wait to expand Hollywood Waste Records to fans of heavy and electronic music and couldn’t be happier to have them on board!” 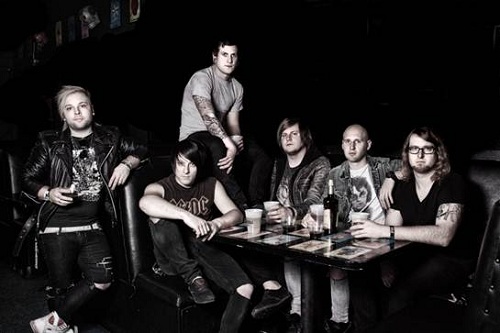 The band adds, “We are very excited to join the Hollywood Waste Family! As a band we’ve seen the way that Hollywood Waste has not only built a label but a community. This was very important to us when making the decision to sign to the label. We’re so stoked to show the world what we got!”

MONSTERS SCARE YOU! has made more than a name for themselves in their hometown scene.  In 2011, they were named the #2 Unsigned Band in Alternative Press Magazine and have played with numerous acts, including iwrestledabearonce, Falling in Reverse, Eyes Set To Kill, Skip The Foreplay, We Came As Romans, and In This Moment.

MONSTERS SCARE YOU! is currently recording their album with producer Joel Casey Jones, former guitarist of Blessed By A Broken Heart, at London Bridge Studio in Seattle, WA.  This will be MONSTERS SCARE YOU!’s Hollywood Waste debut, set for a release later this year.  A self-released music video for the track “Shut Up, Our Song Is On,” which will be on the band’s debut can be seen HERE.

MONSTERS SCARE YOU! also released an impressive cover of Ke$ha’s single “Cannibal” which can be seen here: http://youtu.be/3ohx1J6AGrc