Lenna Kuurmaa is a 360° artist, singer, actress and TV personality. Born in Estonia, Lenna has been the front-woman of the Pop-Rock sensation VANILLA NINJA (which took part to the Eurovision Song Contest in 2005 representing Switzerland and released 4 studio albums awarded with gold and platinum records in different European countries). While the band is on hiatus, lately she has concentrated on her TV and acting career. She has also started a more mainstream and pop oriented solo career which is very successful and brought her to win many music awards in Estonia. But Lenna has a Rock heart so, the MOON LAND project sees her coming back to Melodic Rock with a musical style mostly akin to Heart and Europe. 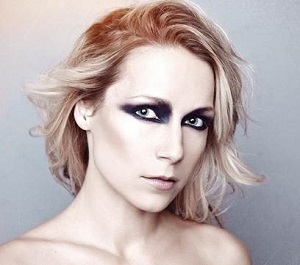 The MOON LAND project started when Frontiers Records President Serafino Perugino started to look for a female voice which could work on a bunch of beautiful Melodic Rock songs he gathered. Fans can have an idea of how the album will sound like checking the album EPK: https://www.youtube.com/watch?v=L-7gzfOTicw

With a debut album planned for release in late 2014, the MOON LAND will debut some of the new songs on the second day (May 2nd) of the Frontiers Rock Festival to be held at the Live Music Club in Trezzo (Milan).